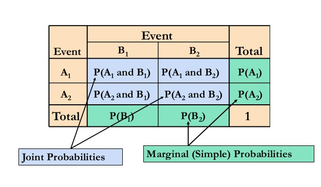 Part 1: Overview
In this project, we focused on probability as well as types of probability by working on different worksheets and really diving into whatever current topic we were focused on to fully understand it step by step. The first assignment was the Game of Pig where we rolled dice and if a certain number was rolled, one outcome was produced, and if other numbers were rolled another outcome was produced. We did other games like this throughout the project as we learned different subtopics in probability. We were expected to learn the following, I also added descriptions so that you can well understand what I’m referring to.
Part 2: Renaissance-Inspired Game
The Renaissance game my partner and I chose is called Knucklebones. Although the specific details of its origin are unknown, it’s widely believed it originated in Ancient Greece when Sophocles ascribed the invention of knucklebones to the mythical figure Palamedes, who then taught it to his Greek countrymen during the Trojan War. This game can actually be played in multiple ways. The first, more primitive method is to toss up and then catch the bones on the back of the hand, much like today’s modern game of Jacks. This form of the game was usually played by women and children, and could also be called five-stones. There were varieties of this form of the game such as one where the bones were thrown into holes in the earth. The second, more derivative way is pure chance, stones thrown upon a table out of a hand or cup and then values counted by what side faced down on the table instead of facing up, similar to today’s dice games were rolling a dice determines point value, movement on a board, or probability. Since we decided to modernize our game for this project, we used six-sided dice instead of stones. We also made a pamphlet which explains our game, all of the rules and requirements, and how to keep score and play fair. There isn’t much to it since it is so much based on dice rolling and pure chance. Click here to view the pamphlet for more information on our game. My partner and I chose this game to exhibit because it interested us since it could be played multiple ways and seemed like a good game to connect probability to. The probability and chance in the game is pretty obvious and actually the core of the game’s structure. The chance in what number is rolled with the two dice, the probability of rolling specific sums, and the probability of how many rolls it will take to reach a specific score are all attributes to what role probability takes in our game.
​
​Part 4: Reflection
For our project, we created products such as a Renaissance based game and its probability analysis and filled out worksheets so we could understand probability. I was able to go in depth for all of our worksheets and take notes as well to fully comprehend the subject at hand. I did however also have some challenges when it came to the game, or the process of understanding each topic of probability.
Some challenges I faced were when we were creating the math game, since we decided to make our own dice instead of just buying or borrowing some. It took a bit longer than expected, and it was hard to find the right wood to use and the best way to cut it. My partner and I also for a bit of time thought it would be a good idea to make a wooden open box design to roll the dice into so they wouldn’t go flying, but once we completed the open box, it didn’t look as we had hoped. There were uneven sides, it was messy, and unevenly painted, if painted at all. We ended up scrapping the idea, but I’m happy we went for trying because we were still able to test and experiment on what would and wouldn’t work, and got to problem solve even if it didn’t work out in the end. I also was challenged when learning about different topics in probability, such as joint and marginal probability. It took a bit longer for it to click in my head, and at some points I didn’t think I would ever get it. It took a lot of working with my peers and a lot of questions asked and follow-up questions as well, but in the end I was able to answer those questions myself and complete problems that I at first wouldn’t have been able to work out.
I also had success, both in my challenges and in other parts of the project. In my challenges, I was able to use the skills I had acquired - such as creativity, problem solving, and determination - from past projects to complete and understand what I didn’t think I could before. I also had success in many topics of probability, catching on quickly and being able to comprehend and explain the how pretty easily. I was also a pretty good group member when working on the game and probability analysis, and didn’t slack and made sure to do my fair amount of work, inputting my ideas while collaborating and working together to come up with a final product.
This project was overall very positive and let me grow as a student, both through skills and knowledge. I feel that there were definitely challenges along the way, but it all ended up working out. I improved on skills such as determination, creativity, and time management. I also learned a lot about probability, as you can see above. I hope to grow by acquiring new skills and knowledge, and being able to dive deeper in the work I am doing by taking more challenge options and asking for more work or a more advanced option if I can work at that level.