Project Description
Artist Statement
Trait/Behavior Paper
When I first heard about the Equity-Librium project, it didn’t scare me too much. It definitely seemed like a lot, but I was excited instead of afraid. Once we started the physics and assembly portion though, it became a tall task that I didn’t think I could complete. I had to tell myself I could do it and keep pushing through to complete it. It was also a short project, so at the beginning, I was a bit stressed and wasn’t sure how we were going to do it in the amount of time given, especially since we were going camping for one of the four weeks given to us to complete it. We definitely had our challenges and roadblocks which worried me, but we made it through. Some things I was confused about were how we were going to create it with Physics, and what Exhibition would look like. I knew we were going to be using Physics, but I wasn’t sure how. It all came together in the end though, which I am truly grateful for.

In Physics, I learned that it’s okay to make mistakes and to even embrace them. It’s also okay to ask questions, and that both are great ways to learn. We didn’t just need to learn, we needed to understand. In Physics, you have to truly understand the topic to be able to grasp and explain it. I also learned that Office Hours are crucial to both learning the content and connecting with your teachers. Content wise, we learned about torque, which is a rotational force explained in the equation T=f*d. We also learned about different forces and a bit of Newtonian Physics in general. There were many moments of frustration, considering Physics is hard and I’m not perfect. I would make simple mistakes on the math, and it took a while for me to fully understand the content. Once I got it though, I was solid. Asking questions and going to Office Hours were keys to my success as to fixing it and understanding it better.

In regards to Spanish, I learned a lot that pronunciation is key, and if you pay attention and practice outside of class, it will be one hundred times easier than if you blindly went in everyday without notes and without practice, especially with the tests. It’s also helpful to have those notes written with neat handwriting, instead of sloppily thrown onto the page. I also learned it’s helpful to sit next to a Spanish speaker if you have a quick question or need a bit of help, and that it’s a very helpful skill to have and language to learn, considering about 41 million people speak Spanish in the United States. I’ve spoken English my whole life, and I love being immersed into not only the language, but a bit of the culture as well. I have trouble remembering different phrases and how to say them, and I fix it every time by simply sitting down for fifteen minutes and practicing what I’ve learned so far.

For this project, I learned a lot in Humanities, and grew a bit as a writer. I learned that revision and critique are important and a huge part of creating a product you’re truly proud of. I also learned to use others’ writing as inspiration for my own, but that originality also makes a piece better. I also learned about symbolism throughout the project, as well as finding my style of writing, and my oral communication skills. I definitely had a moment of frustration when I got my Trait/Behavior Writing back with the critique and found out I didn’t like it. I then went home and completely rewrote it, adding in only a few sections of the original writing piece. I then decided I was prouder of my rewritten piece, and that because of the feedback I had gotten, I made a more mature piece that I was much prouder of.

I think I collaborated well with my group members. I was respectful to them, and listened to their ideas while I voiced my own. Although I feel like I did take leadership most of the time within the group, I don’t feel like I pushed any of my ideas on my group members and that we all equally contributed. I didn’t leave anyone out, and made sure I wasn’t calling all of the shots. We all communicated well and when we didn’t agree on something, we debated if we should or shouldn’t, and used everyone’s thoughts and opinions on it. We were all in a way accountable for our own parts, but in the end all came together as one product. One example of me collaborating well is when we were choosing our different symbols for everything. I listened to everyone’s ideas, and used them to create the symbols, instead of just using my own ideas. I also got ideas from my group members that I would have never thought of, but love more than my own. Penn Jillette, one of the heroes we used, is a great example of my collaboration. He was questionable at first, as I didn’t know much about him other than that he was a magician. Instead of throwing the idea away right away, I decided to listen to my group member who ended up having great reasoning for him. We then decided to keep him, and he ended up being a perfect choice with many quotes and ideas we could use and work off of.

I definitely enjoyed Exhibition, and it got better as the hour went on. My parents drove me and it was a bit hard to find the booth we were at, but we were definitely given enough instruction to find it soon enough. We also arrived somewhat early, which gave us some time to look around and not need to hurry. Once I got there, I wasn’t sure what to do until 1, and I ended up presenting to about two or three people early, including my parents. I honestly wasn’t too nervous about it until I realized how many times I was going to get rejected. It was kind of fun going up to random strangers and meeting all kinds of people. I also loved seeing the expressions people gave the moment I pulled out the Torque and Force Diagram for my mobile. There was one family I talked to who was honestly astounded that freshman were able to pull off this kind of project and learn these things. Even another teacher was blown away. Now that I think about it, most people were shocked. There was one man who came up and was very intrigued by the work we were doing, and asked a lot of questions, which I truly did love and appreciate. He shook my hand at the end, and was again very shocked at the creations we made. He loved seeing the binder full of work. I also loved hearing what everyone wrote in the book, and knowing how moved they were by something as simple as a mobile, but yet it’s so complex. There wasn’t anyone that frustrated me, and the whole time I was giddy and oblivious. I think I was a good speaker because I was able to clearly state my thoughts and explain the project, I engaged the audience, I put myself out there, and I overall did well at sharing what we did with people who could have walked away at any point.

I would give myself an A because I didn’t do perfect, and there were times when I made a mistake or goofed off for a second, and I’m not a perfect human being, so therefore I don’t deserve a perfect grade. I think I do however deserve a high grade because I was respectful to my group members and treated them well, helped with a lot of the project and took up a leadership role in my group, did my part of the project, completed all of my work, which are all praiseworthy products that I’m very proud of, and overall worked hard and had good work ethic while still having fun and not giving up when it got difficult. I was of course stressed at some points in the project, but luckily I had great group members that helped me and pushed through it to create an even better product.

I believe my word, respect, is something very underestimated and under appreciated, yet much needed. Just think, if everyone respected each other, how much easier communicating and collaborating would be. I would like you to sit with a simple question and really ponder it. What does equity mean to you and why/how does respect connect to your definition? 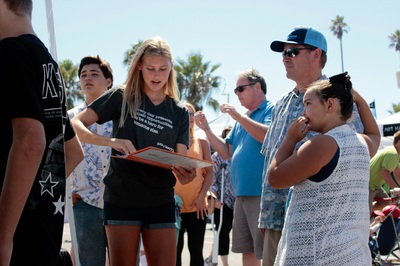 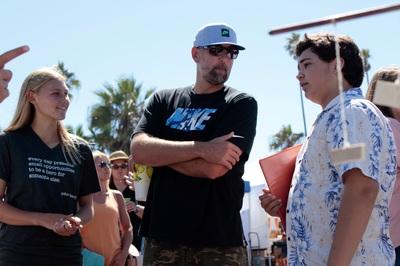 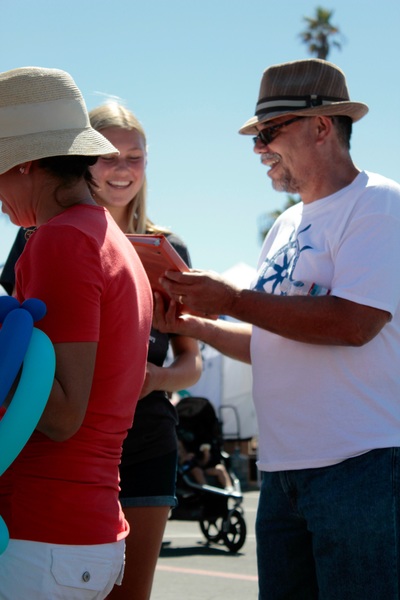 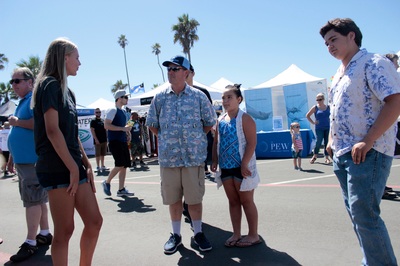 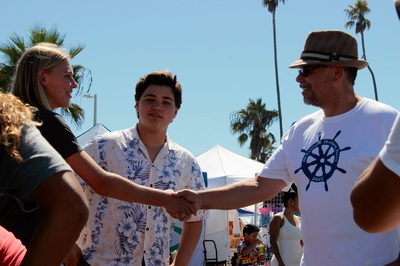