For this project, I was in a group of three including me. My other group members were Nia Asbill and Sofia Mertz, and they were a pleasure to work with. We all were pretty happy throughout the whole project and previously knew each other well before, so we had good group dynamic. We were able to speak freely towards each other without being overly cautious, and could quickly communicate and share with each other. We all collaborated and did our part during the project, and there wasn’t one person that did most of the work. We all pulled our weight and were accepting of what we were given. We also conversed well when talking about what to put on the lantern, as well as what to do for the Adult and Third Grade Art Piece. We all came to a conclusion quickly and agreed easily. I think I could grow as a group member by being more committed to finish what I start when I have multiple things on my plate. I could also try not to be as controlling in the sense of doing the majority of work.

I learned a good amount in Humanities. While reading Romeo and Juliet, I learned more not only about romantic love, but also other types of love such as familial love, unrequited love, material love, and love by friendship. People seem to focus on the romantic love, but other types are also important even though they are overshadowed. While conducting interviews, I learned that love isn’t always that surreal and happy feeling, it hurts, you have to work for it, and it means something different to everyone. While learning about the different cultures and their customs, it became more clear to me that different people view the idea of love in other ways than we do. They believe certain things need to be done or should be celebrated that we may not believe in. I also learned more about the ideal beauty standards and how they have changed over the existence of both man and art. I used my Humanities thinking while asking questions for interviews, scanning and judging images and art, and creating the Love Lantern. I also used my thinking to reform my idea of love.

In Physics, I learned about electricity, building circuits, and energy. Ohm’s Law and Watt’s Law were both popular topics of discussion in that class and I heard about voltage, watts, amps, and resistance. It, as a whole, was challenging for me to understand, but once I was able to practice it, I caught on a bit more and it was somewhat easier to figure out. It still is a small challenge, but I’m now able to break it down and at least understand and read through the problem, and get most of it. I used Physics thinking while problem solving with our art pieces and lantern. I also used it while building the circuits and working with the breadboard.

I learned a good amount in Engineering, some of which I’m still not fully sure about. We learned more about how to use Adobe Illustrator and also how to build circuits and use breadboards, LEDs, wires, and connecting them together. We also learned about the different types of circuits and how to construct them. I feel that I’m still confused because it was a bit jumbled, but for the most part, I at least get the idea of how it works. I used my Engineering thinking throughout the project while problem solving and thinking of innovative ways to more efficiently complete the task. At one point, I used a zip-tie to add glue to the small surface where the lantern needed it, which I believed was the easiest way. People started following after the trend, which wasn’t my intention because at that point it became a waste of zip-ties. In the moment it seemed like a good and beneficial idea though.

Exhibition was something I definitely enjoyed, not just because of the joy and pride of presenting my final products, but for the fun of also being able to perform in front of a crowd. I was able to sing not just once, but three different times, and it was so wonderful to present my work in a new way, someway that I was good at. I felt that I had something unique to offer the group with my performance, and was able to bring a positive attitude and the work I finished. I would grade myself about an A or A- for the project because I did do my part, worked hard, talked with my other members and collaborated throughout the project for different ideas, wrote in the Artist Statement and did note taking in the interviews, and shared my learning during Exhibition about not only Anthropology, but also about what we created and about love. I think my strongest learning outcome is work ethic because I am not quick to give up and will continue to work, challenge myself, and want to complete something.
Project Description 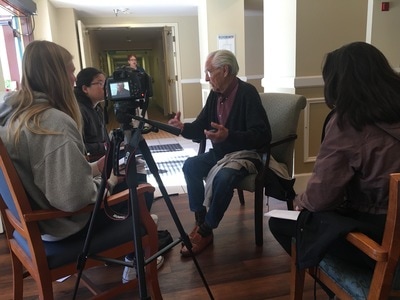 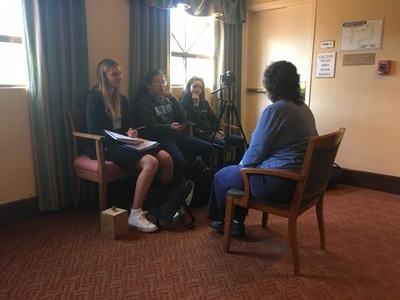 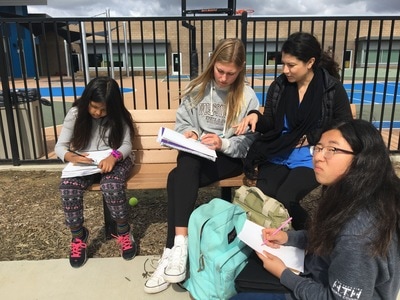 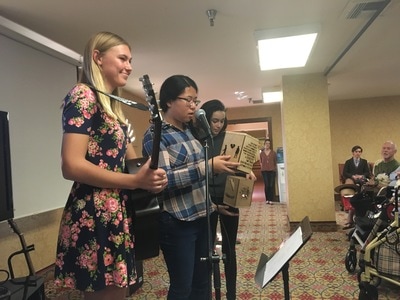 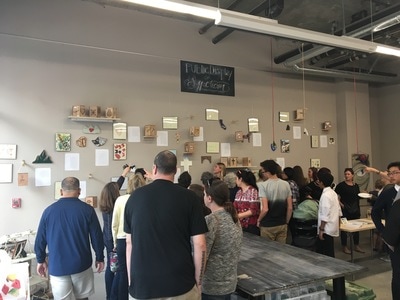 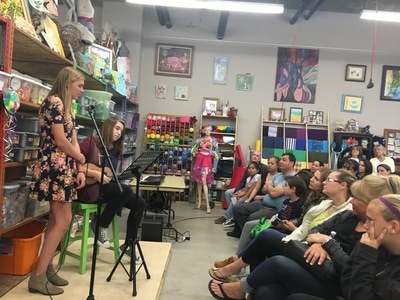